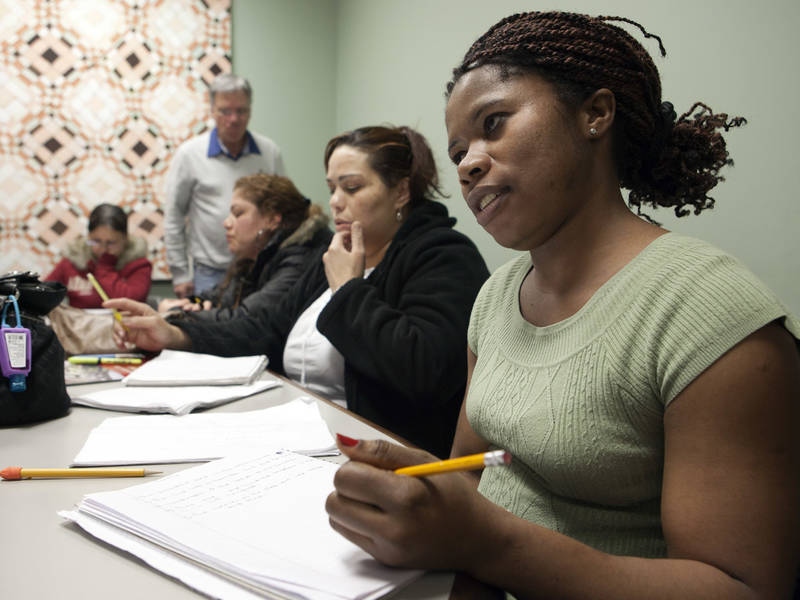 Do you know what rights are protected in the Constitution and how it differs from the Declaration of Independence, why the colonists left Great Britain, or how many branches of government there are? If so, you’re more informed than more than half of all Americans and about a quarter of U.S. high school students.

About half of U.S. states currently require high school graduates to pass the same civics test all new U.S. citizens must pass. Legislation has been introduced in several others.

Backers of what’s called the Civics Education Initiative say a shift several decades ago to the “hard sciences” — STEM subjects like science and math— has contributed to a woeful lack of knowledge about how the government works.

“Money and testing followed that and all other disciplines, including civics, became a second-tier discipline with no funding or testing,” said Lucian Spataro Jr., the chief academic officer for the initiative, a program of the Joe Foss Institute established by Medal of Honor recipient Joe Foss in 2001.

If a particular subject isn’t included in standardized tests, it’s not taught in a meaningful way, Spataro said.

That has resulted in “dismal” knowledge of how government functions and how the United States differs from other countries, Spataro said, calling it not just a crisis in education, but “a crisis in America.”

“The lack of basic civic knowledge is reflected on the front page of newspapers in communities across America as students and in some cases, older Americans, aren’t comfortable with or knowledgeable about how our country operates,” he said. “Our goal is to simply bring attention to this crisis and establish a baseline of knowledge with a test that’s a requirement for new citizens to take so all Americans can be engaged, informed and responsible citizens.

“All we’re trying to do is put civics back on a level playing field — the same playing field the other disciplines are on so our kids become engaged, informed, responsible citizens.”

Spataro said Joe Foss Institute surveys revealed that most Americans are unaware that civics is no longer taught at the same level it was years ago, and “78 percent tell us they think this is important legislation to have in place,” Spataro said.

The Civics Education Initiative builds on studies such as one last fall by the University of Pennsylvania’s Annenberg Public Policy Institutethat showed, among other things, that 53 percent of Americans incorrectly think it is accurate to say immigrants who entered the country illegally do not have any rights under the Constitution; 37 percent can’t name any of the rights guaranteed under the First Amendment; and only 26 percent of Americans can name all three branches of government.

The results of the survey are “worrisome” and “emphasize the need for high-quality civics education in the schools and for press reporting that underscore the existence of constitutional protections,” according to Kathleen Hall Jamieson, the director of the institute at the University of Pennsylvania.

Could you or your kids pass the citizenship test (no cheating with Google, please)? Here are 12 of the 100 questions on the test.

1. What is the supreme law of the land?

2. What does the Constitution do?

3. What are the first 10 amendments to the Constitution called?

4. Why did Americans fight the British?

5. The Federalist Papers supported the passage of the U.S. Constitution. Name one of the writers.

6. Name one problem that led to the Civil War.

8. During the Cold War, what was the main concern of the United States?

10. Name one state that borders Canada.

11. Name one state that borders Mexico.

12. Name one branch or part of the government.

1. The Constitution is the supreme law of the land.

3. The first 10 amendments to the Constitution are known as the Bill of Rights.

4. Americans fought the British because over high taxation without representation; because the British army stayed in their houses (boarding, quartering); and because they didn’t have self government.

5. The writers of the Federalist Papers, a collection of 85 articles and essays, were James Madison, Alexander Hamilton and John Jay and under the pseudonym Publius.

6. Slavery, economic issues and states’ rights all led to the Civil War.

7. Susan B. Anthony fought for women’s rights and civil rights.

8. Communism was the major concern of the United States during the Cold War.

12. The government has three branches: legislative (Congress), executive (the president) and judicial (the courts).